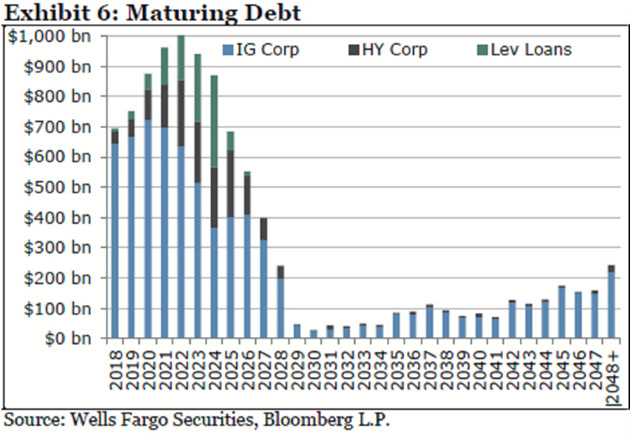 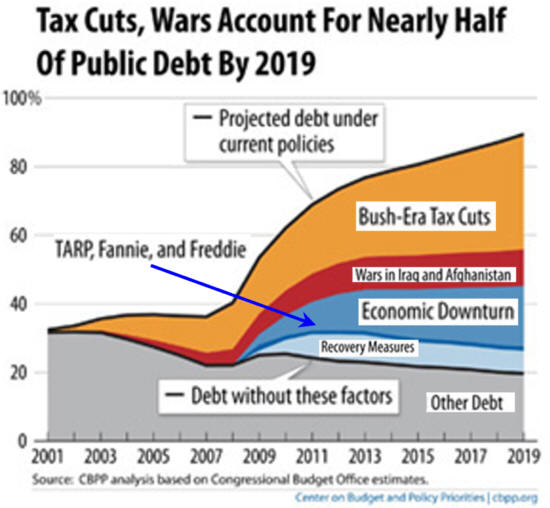 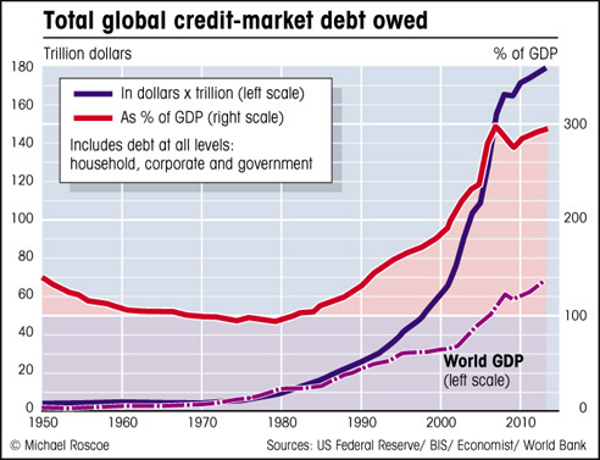 hina More Likely to Tank than Rescue the Global Economy

We think those looking for a China growth resurgence or trade deal to materially extend the stock market and business cycle are sorely mistaken. We have written extensively about China’s 400% growth in banking assets since 2008, likely creating the largest credit bubble and overvalued currency in modern financial history. Based on this unsustainable rate of credit expansion, China was responsible for over 60% of global GDP growth since the global financial crisis. The country’s massive investment in non-productive infrastructure assets was financed on credit and created high GDP growth but failed to add to the wealth or debt-servicing capacity of the country. As a result, China appears to us to be a financial crisis waiting to unfold.

State-directed misallocation of capital has compromised the savings of Chinese citizens. In other words, there is an enormous non-performing loan problem that we believe renders China’s banks insolvent. The country’s citizens, the banks’ creditors, are the ones holding the bag. When the Chinese economy inevitably implodes under its bad debt, the government will be forced to print money to recapitalize its banks and bail out its citizens to avoid social unrest. This massive money printing will almost certainly lead to a currency crisis.

The Trump administration’s hardball on trade is just one of many catalysts for the bursting of the China credit bubble. Whether there is a trade agreement or an ongoing trade war, either one would lead to a continued decline in China’s current account balance which should exert downward pressure on its currency. We think China’s increasing fiscal deficit due to the recent stimulus will also exert new downward pressure on the currency.

While the US administration may continue to hype an impending trade deal as hope for financial markets, we believe trade talks have dragged on for too long already to not have wreaked havoc on global supply chains and economic growth for the rest of the year. As the light continues to get shined on China, it should become clear that nothing

beyond a token trade deal is likely to ever be reached. It is much more likely that the ongoing trade

negotiations will only continue to serve to awaken the US government and its citizen voters to the egregious extent of China’s malfeasance.

roadblocks to arriving at any meaningful and enforceable trade deal. The U.S. Trade Representative reports make it clear that China has failed to live up to its commitments to open its markets to fair trade ever since it was permitted to join the WTO in 2001. China’s state-directed economic policies are simply incompatible with an international trade system based on open, market-oriented policies and rooted in the principles of nondiscrimination, market access, reciprocity, fairness and transparency.

With election season upon us in the US, the nature of our country’s engagement with China should once again become a major campaign issue. Taking a strong stance against China’s trade and human rights transgressions would likely have broad, bi-partisan voter support. Democracy, liberty, and justice are the foundation that has made the US a true world economic superpower. Contrast that with China’s authoritarianism, suppression, and corruption. Sure, there may be some corruption in democratic, advanced economies too. But we believe it pales compared to China.

In our view, the trade talks are closer to morphing into a new cold war than to being resolved by a substantial trade pact. Meanwhile, much like downfall of other totalitarian communist economies, we believe both internal and foreign capital is likely to continue fleeing the country, exerting downward pressure on its currency, economy, and banks. We continue to have a negative view on both the Chinese yuan and Hong Kong dollar that we are expressing in our global macro fund through put options on these currencies. We also are short richly-valued, US-listed "China-hustle" stocks in both hedge funds.

Crescat Remains Steadfast in our Tactically Bearish Views and Positioning

Today, with historic US equity valuations, record credit bubbles globally, and the longest US economic expansion cycle ever likely to soon come to an end based on our models, we remain steadfast in our net short US and global equities position in our hedge funds. We are also short subprime credit in our global macro fund. We remain long precious metals and precious metals mining stocks across all our strategies.

There is indeed a US business cycle as well as a global economic cycle. We believe both are ripe for a downturn. We intend to capitalize on the downturn like we did in the fourth quarter of last year which should be only the beginning. Like last year, Crescat’s hedge funds are having what we think is only a temporary pullback as the US stock market retests its all-time highs. Like last year, we believe global financial markets are poised for a major downturn. Staying grounded in our models, themes, and positioning was key to our strong hedge fund performance in 2018. Such grounding we believe will be key to generating strong performance again in the coming months and quarters.

We will continue to follow our model signals and risk controls, but we aim to stay committed to our tactically bearish views and positioning until the next global economic downturn becomes widely acknowledged. We plan on getting significantly net long again in our hedge funds, but not until our macro model tells us that stocks are undervalued and that it's early in the business cycle.

As macro managers with a strong value bias, we remain confident that the underlying intrinsic value of Crescat’s

portfolios at any time are worth substantially more than the market is quoting them (longs worth more and shorts worth less) or we would not be in those positions. This grounding gives us the fortitude to withstand a moderate amount of market volatility and persevere for long-term high absolute and risk-adjusted returns compared to our benchmarks as we have been able to deliver historically and expect to in the future. We think the financial markets are presenting an incredible setup for Crescat’s strategies today.